What to do in an election you don’t really need? Trust your body.

We seem to be having a bit too much politics these days, too many elections in which there is a a distinct lack of parties with really creative visions for the future. What do we as concerned electors do when we see little choice or when we have an electorate that is mesmerised by reactionary regression? It is a problem. 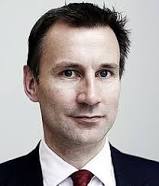 We have to vote – there is no other moral choice, to respect our ancestors who struggled for it – and as I suggested in the previous post, the lesser of two evils has to be the first choice. But how to decide that in the post-truth era? We can forgive ourselves if we are unsure.

My tip is to trust your body. I know – you have heard it before. But try this experiment.

On your device or TV select some re-runs of the Andrew Marr show – not because he is not a very subtle Wounded Leader bully – I think he is – but because his mild conservatism and his dinner party circuit means he gets the best interviews.

Now do what we used to do in the heady 1970’s: watch the screen with sound off, but without the Led Zepplin in the background!

This is kind of reversing the autistic reflex and programming your body to be super aware of body language and body messaging because there is a lack of left-brain verbal and logical stimuli arriving. In this way you can let your body access with whom you feel more safe, who is congruent or who is duplicitous because of the amount of dissociation practiced – that means in body language a head that is kind of dragging a body around with it.

What did you notice when watching this morning’s Jeremy Hunt and John McDonnell? Or last weeks’s Corbyn and before that Mrs May? Your body will tell you if you can park your mind for a bit because our minds are on total overload.