Is the Establishment getting just a weeny bit rattled? 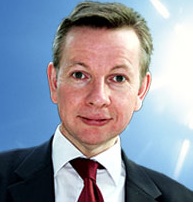 Could it be that, like the water that drips and finally makes a groove, we are starting to see some effect of our campaigning? I may be deceiving myself but I thought I saw some seeds of self-doubt sprouting in amongst the ranks of the entitled wounded? At least that it is the impression I got from daring to read the rank unpleasantness that is the wallpaper on the Conservative Home website.

Today’s lead article by Andrew Gimson, The Tories must not abandon independent schools, is a call to arms that belies their fears. ‘Why are the Conservatives so embarrassed by tradition?’ asks Gimson without a hint of irony. It gets worse:

‘Why in particular are they so embarrassed by this country’s independent schools that they seldom defend them?’ he continues, seeing himself no doubt like Henry V at Harfleur.

‘As Charlotte Vere, acting General Secretary of the Independent Schools Council, said when I spoke to her earlier this week: “It just feels like we have fewer friends than we used to. Politicians in general are less willing to be open in their support for the sector.” David Cameron exemplifies this trend. He likes to say: “It’s not where you’ve come from that counts, it’s where you’re going.” His formula, which is designed to foil attacks on him as a son of privilege, is profoundly unconservative. It devalues his inheritance from his family and the others from whom he learned, or absorbed, the manners and attitudes which make him such an outstanding member of the ruling class.’

What can you say to this? There is very little to add. You can read the rest if you want, but it is more of the same. The only thing I would like to add is there appears to be a typo (I should talk!)  in ‘His formula, which is designed to foil attacks on him as a son of privilege, is profoundly unconservative.’

Shouldn’t that have read: ‘His formula … is profoundly elitist and entitled’?