Football and Brexit – Leadership and Niceness

This weekend, football, Brexit, leadership and niceness are intimately connected, it seems.

Months of muddled leadership, not to mention David Cameron’s catastrophic original choice, lie behind the on-going problem of trying to integrate the loony Victorian public-school wing of the Conservative Party into how the hell we are going to managed this step backward without a total economic melt-down. 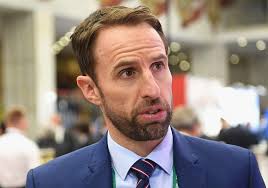 Just before England’s World Cup match against the nice Swedes, the Prime Minister’s new PR initiative suggests she has reunited her cabinet in the way nice Gareth Southgate, the middle-class manager, seems to have united the country behind the lads, led by nice Harry Kane.

Will it satisfy Jacob Rees-Mogg and co., we wonder, who appear nice, yet feel pretty dark to me.

And how much is riding on the match, I wonder?

I spent Wednesday evening with good friends in a very nice house in the very nice West Sussex countryside, which they incidentally are trying to sell for a mere million quid but are struggling to get viewers because actually they are opposite the council houses, and do those nice people who have a million to spend on a house want to sit in and look at the council houses? I think not. That is one of the features of our nice social landscape.

Over delicious Mexican street food, sheltering from the still baking evening sun on the back patio (council houses nicely invisible from here, potential buyers should understand), my host suggested that England must not under any circumstance be permitted to win the World Cup.

If they were to, the John Bullishness would get too much of a boost and we’ll end up with a disastrous so-called Hard Brexit.

What we have to do is to do reasonably well (maybe we have already done that?) and show that we are good team players and nice enough to have on board but not the greatest in the world, and that way we can accept a Brexit that is near enough what we already had (and we can get the workers to run the NHS, for example) and all will be nice enough going forward.

That’s a nice way to do politics isn’t it?

Do your stuff, Harry and Gareth!