Leading to a crisis or leading with a new psycho-political vision? Here’s the maths.

While Europe breathes a sigh of relief that Emmanuel Macron seems to be more likely to gain the French presidency than Marine and her Front National, the new British general election strikes many with boredom.

How strategic it all sounds. Yes, of course they are going to have to raise taxes on the ordinary folk – how else can they go ahead with corporate tax reduction? Theresa may be a vicar’s daughter with very Middle England body posture but she can make a speech that says nothing as well as any Wounded Leader. 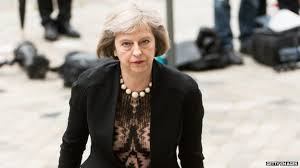 The thing is all down to maths.

Add May’s ideas to Corbyn’s and add in Farron’s and you get zero.

They have no new ideas. Just like the 11 French candidates.

What is really scary is that nobody even hints at anything vaguely big that needs to be tackled.

The best I have read this week is from Sylvie Goulard, one of Macrons adviser’s and an MEP, writing in The Guardian. She acknowledges that:

“The challenges faced in the 21st century, such as terrorism and climate change, do not respect international borders. France needs to work with its European partners at the supranational level and to promote a cooperative world order.”

This is one of the only recent political analyses that takes into account that national sovereignty is myth, even if she stops at the European level:

“To share sovereignty at the European level is our best chance of actually remaining sovereign: not on paper but in reality.”

Now if you are interested in meeting people who do have good ideas that operate at the global level and really want change then why not come and join the renowned octogenarian futurist Ervin Laszlo at his New Paradigm Research Institute in Bagni di Lucca in Tuscany May 23-24? The happening is called a SYMPOSIUM ON THE NEW PARADIGM IN POLITICS & ECONOMY.

John Bunzl and I will be present ideas and leading workshops arising from our new book ‘The Simpol Solution: Solving global problems could be nearer than we think’, just out. We believe it contains ideas and new ways of thinking essential to any leader who is seriously interested in changing things.

And we will be joined by many other international thought leaders to put our heads to gather and also have fun. I won’t even mention the food.