The other Brighton event: Alternative UK 360° Democracy: The Politics of Immersive Technology 27/9/17

An exciting new psycho-political technology event was hosted by the new political party and laboratory The Alternative UK at The Old Market in Hove on Wednesday night. 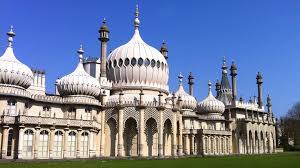 University College London’s Virtual Reality experiment to heal childhood trauma with Juliet Brown and Nick Duffell was one of the items described at this world-café style event described by one of the facilitators Phil Teer on Medium.

With VR technology we have a “known unknown” that is just coming into the “known”  and may be where mobile phones were 20 years ago. Alongside its potential for more alienation, it offers much promise.

Because the body’s perceptual system operates on representation more than direct perception, the body seems to accept and accommodate itself to VR rather readily.

In our experiment, supported by University College London’s Department of Anthropology, we hope to have a very direct access and influence on brain processes in our co-experimenters, a group who are still subject to the effects of childhood trauma experienced many years ago. Our goal is to see if VR can speed up and intensify the healing process by encouraging the brain’s natural flexibility, known as neuro-plasticity,

The brain is not a computer but it is a computational network. Of course the computer is a product of the human mind and in some ways is modelled on the brain: neurons fire on off like computer logic (0 or 1), the right or left hemispheres are either on or off, and memory can get stored in the ‘wrong’ place, as in some trauma cases.

How the brain processes memory is rather complicated, but a simplified account of what can go wrong in a traumatic childhood can explain a lot. In many cases of developmental trauma (defined below) traumatic memories get stored as implicit memory rather than as explicit memory. The former area deals with things we always need to remember – something we never forget like riding a bike – and the latter with one-off events. Otherwise we’d have to relearn how to ride a bile every time we got on one!

For the trauma sufferer this storage “problem” serves safety: to keep us hyper-vigilant when experience has shown that the environment to be consistently hostile.

Where the added problem is that we have not had help from our attachment figures (from whom we are pr-programmed to expect help) we keep on firing a trauma response in situations that are not in fact traumatic. (See the work of neuroscientist Stephen Porges, who kindly endorsed my 2014 book Wounded Leaders).

This is called is developmental or complex trauma – to distinguish it from PTSD which is event-based trauma.

Developmental trauma will inevitably occur if, in childhood, those pre-programmed safe-keepers have sent us away from their care to an environment that is chronically (consistently over a long time) traumatic – like a boarding school – while they deny the new environment to be hostile and assert it to be the best thing for us, etc.

This is profoundly traumatic and, even though it represents a costly social privilege, all our development from latency through puberty to early adolescence occurs in such an environment and will be consequently compromised.

Under such circumstances, we keep on surviving in a very stuck way as if we need to re-survive that original traumatic environment; we are edgy both about belonging and strangers; and though we are trained in outward confidence have a very anxious interior. This is why my Guardian article about Wounded Leaders got 200K Facebook shares just after Brexit to explain the puzzle: why were our leaders acting like total lunatics?

I have been studying this developmentally traumatised group for 30 years and trying to make sense of what I call boarding school survival from the inside as well as the outside. So this is the group we are experimenting on, in order to try to help them effectively and because they are a discrete closed sample. In this closed sample group we have a set of very similar childhood circumstances which define the group and lead us to expect a set of post-traumatic behaviours (which I call the Strategic Survival Personality) along a definable and predictable spectrum.

Over the last few years, after enormous resistance to this normalised privileged abandonment, the therapeutic profession and universities have finally come round to accepting it: note the big conference here at Brighton University three weeks ago and Juliet’s research proposal rapidly getting accepted and funded by UCL and myself granted Honorary Research Associate status.

We already know that VR can be useful for treating phobias and for de-sensitisation, so we may be able to take people inside their actual or into generic boarding schools using 360 degrees filming in order to retrieve or trigger dissociated memories or desensitize phobic reactions.

Additionally, it looks like VR may have considerable leverage towards increasing empathy. Some are calling it an ‘empathy machine’. This includes empathy for other children as well as self-empathy, or empathy to what is called the inner child. We may be able to model this figure to assist this.

In my books I have shown how the Survivor is driven by an inner parent, based on parental exhortations. Sometimes I call it the inner protestant and it is at war with that natural and spontaneous part of us that I call the inner indigenous.

If we begin to focus on our inner emotional life, we know exactly how our caregivers failed us, betrayed us and let us down. In time with inner work and maturity, we can forgive them and integrate their gifts along with their curses.

But this means that we already know what we were longing for from our parents at particular times. So we are already modelling an ideal parent inside.

So one of the things we want to do is to try to see if this technology can model ideal parents who respond to the traumatised child so that the adult can internalise (a psychoanalytic term) these figures and re-program his or her inner parents.

The computer reference is useful here. Amongst my colleagues, we have had considerable success with this in therapeutic group-work, so we are hoping that the technology (which is very adaptable and is on the verge of a huge development) can speed these things up and make this work available to less skilled practitioners who do not have the benefit of groups.

Of course it is right to be cautious about this technology too – it’s a “known unknown”. The same mechanism could be used in a harmful way, to instil trauma reactions in a kind of ‘Manchurian Candidate’ scenario, or to re-traumatise people, or possibly to instil false memory, as in the so-called false memory syndrome. However, the it is still uncertain whether the latter isn’t itself a false syndrome; it may be a by-product of some of the crazy-making thinking that being involved with bringing to consciousness the craziness of CSA tends to inflame.

The technology is here to stay and we can’t just leave it to the techies and corporations, so I was delighted to be invited by Juliet and UCL to cooperate on this extraordinary experiment. If you want to join our research group please let Juliet know.