Saturday’s sell-out conference at the University of Brighton, Boarding School – Surviving the Syndrome, was described by many as the “best conference I have ever attended.”

Partly this must be due to the great venue and excellent organisation by Laura and her team – to say nothing of the terrific catering! Do today’s students really eat that well? 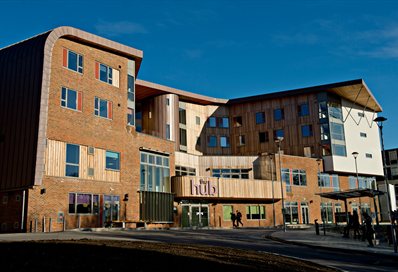 It was certainly down to convener Pam Howard’s deft and personal MC’ing as well as to her and Thurstine Basset’s very skilful orchestrating of themes and speakers. Clearly it was all due to there being a creative balance between emotions – much grief and outrage was on expressed in the sidelines – and the well-tuned and different approaches and themes of the speakers and workshop leaders.

This conference came along at a very timely point. In the very same week two extraordinary news items reached me: Primo, Conservative MP and chair of the Education Select Committee, Robert Halfon, called for the end of charitable status for boarding schools. On the Conservative Home website, Halfon says it is unclear why private schools should be regarded as charities and questions the purpose of granting them charitable status.

Secondo, you may be aware that government has long harboured an agenda to see boarding schools used as a a social care intervention for vulnerable children. Its cheap as chips for a government to implement and the Boarding Schools Association love the idea of being associated with modern class-free privatisation.

Some time ago, the Education Endowment Foundation and DfE appointed the University of Nottingham as the independent evaluator of this idea. Now, however, it has been deemed to have ‘failed’ because they couldn’t recruit participants. University of Nottingham are now leading a 5-year project to find out why it is that social workers are so reluctant to consider boarding schools as a better option than fostering or residential care homes.

On Wednesday the University of Nottingham wrote to me to ask for my opinion. It is hardly rocket science: in Victorian times the family was imagined to foster weakness while today we know it creates resilience and social services do everything in their power to keep children in families.

Back to the rolling Sussex Downs, just a short distance from brand new the Home of Brighton and Hove Albion (who also had a good day, claiming their first ever win in the Premier League at the same time!) So how did this conference, that turned away many applicants, unfold?

First Pam carefully set the scene and I kicked off the day with a paper called ‘Surviving Boarding School – the psycho-historical perspective.’ Then Joy Schaverien showed a selection of highly moving clinical artwork slides and explained how she has been systematising an approach to work with ex-boarders. She shared her formulation the ‘ABCD of work with Boarding School Syndrome’, a term that she coined in 2011.

After lunch, Anni Townend and Thurstine interviewed each other about the survivor’s journey in a way that was both moving and entertaining. Now followed the smaller group workshops: Marcus Gottlieb shared about working with gay ex-boarders; the Directors of Boarding Concern discussed the experiences of girls who board; Simon Partridge examined the psycho-social factors influencing the formation of the dissociated British upper-class elite; Nicola Miller explored challenges of working with ex-boarder clients and introduced the ‘Unmaking of Them’ professional training programme.

I can only report on the workshop I attended – Leslie Lund on ‘The Role of School Counsellors in Privileged Schools.’ Leslie passionately explained the difficult job this is and shared from her many years’ experience that only systemic (i.e. involving family, school and child) interventions had much hope. I found it fascinating – with a kind of dread – to hear how the schools were become ‘corporatised’, meaning endlessly increasing expectations on everyone, including mothers, who are in the days of super-busy fathers, being ‘responsibilitised’ with the task of turning out little corporate winners as a return for the £35K invested per annum.

The speakers resumed: Observer journalist Alex Renton presented some of the findings he has collated about sexual abuse in boarding schools, whilst warning us not to overlook that the most prominent problem of boarding is not the abuse but the ‘normalised neglect’. Finally, corporate psychologist Olya Khaleelee, shared her results of testing head-hunted high-flyers for top executive jobs, in which, she discovered that, much against common expectations and without looking for it, ex-boarders scored very significantly lower on resilience and aptitude for making good judgements than their non-boarder counterparts. There was a kind of jaw-dropping silence amongst the 130 or so people in the room before we wrapped it up with a plenary session.

The conference was organised by the Brighton School of Applied Social Science, which is fitting: boarding is social problem. Psychological practitioners have to apply their clinical perspective to the rather obvious problems of expecting those who have been forced to detach as children to be any good, later in life, at forming attachments and consequently at creating a society where people can feel safe, cared for and not being despised for being vulnerable.

The timing was just right.

It is well time to discredit a massive problem that has been normalised. As a recent applicant from Lancashire for our Un-Making of The Training for therapists said on her application form: “I believe that if the working class were to treat their children in such a way, it would constitute cause for concern by social services.”

I finished my talk with a borrowing and adaptation of a Bob Marley song and I’ll share it again here to end. You can do your own bass and drums …..

Until the British Attitude to Children
And the Boarding
School System
Is finally
And permanently
Discredited
And abandoned –
Everywhere is war!