Cambridge Analytica only the tip of an iceberg of British entitlement and duplicity?

We are right to be shocked at the scale of dirty dealings revealed by the only investigative reporting programme of mainstream media left, Channel 4 News. 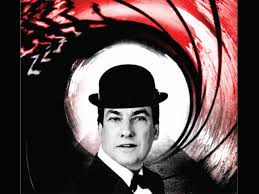 Now, surprisingly, the BBC is getting a bit geared up and has just broadcast the story of a shadowy figure, Old Etonian, Nigel Oakes, who has devoted his life to psychological manipulation and support of the darkest forces we can imagine.

Self-invention is a feature of what I have called the Strategic Survival Personality, and the Oakes story reminds me that of the fraudster Nicholas Young whom I described in The Making of Them many years ago now.

The main weapon was not what Oakes boasted of, his psychological knowledge – his claim to have studied psychology at UCL was apparently thoroughly bogus – but that of the charm and self-confident manner of the English gentleman. It’s learned at elite institutions that practice privileged abandonment and it’s a winner.

To some of us, none of this skulduggery at the heart of the Establishment unfortunately comes as much of a surprise. Ace manipulator behind Brexit, Dominic Cummings wrote right after the referendum how useful such crooks were to Leave, in the creation of secretly target advertising using social media data. But that story hasn’t been featured yet.

The absolute immorality at the heart of the British Establishment, where the sole value is expediency, and its means is dissociation and duplicity in order to survive, is learned early, as I have written elsewhere.

Even nice old Ken Clark can admit that London is the money laundering capital of the world without commenting on our built-in crookedness – do we wonder why the Russian rich like it here? Its a wonderful combination of expediency and duplicity that keep the money coming in to the top of society.

When are we going to wake up and do something about it?