A 97 year-old Native Sioux with the Christianized name  Sid Byrd remebrs being sent away at six years old, to the Genoa Indian Industrial School in Nebraska where he was frequently punished for speaking his indigenous  language, Lakota. He was been beaten so badly he could hardly lie down. “I had to lie down on my stomach,” Byrd remembered. As an adult he became a minister devoted to civil rights, marching alomgside Martin Luther King, Jr. in Selma, Alabama, The Sioux Falls Argus leader reported.

Unfortunately, the treatment of Native American children in boarding schools is known: they had to be quickly turned into broken adults to occupy the bottom of the industrial ladder, consoled with a foreign socialized religion that forbade creative thinking. The remedy mostly worked; but these days they are picking themselves up and rediscovering their roots with enormous dignity. What is new is that they themselves are now beginning to use the word ‘boarding school survivor.’ 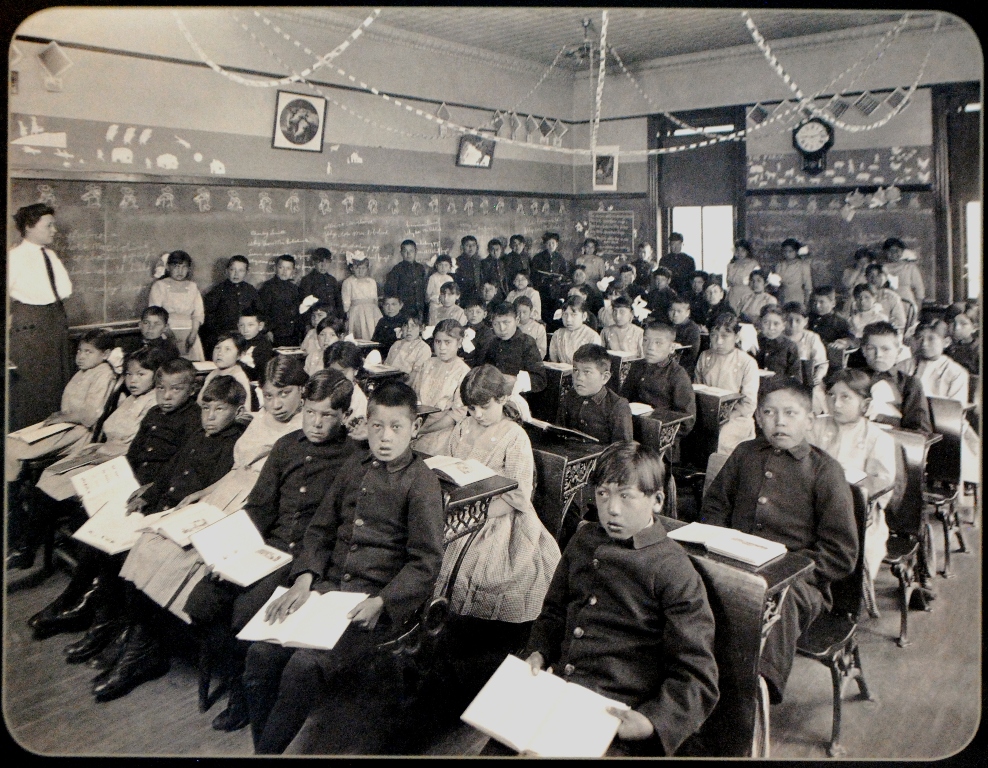 I have written at length, in Wounded Leaders, how boarding schools were used as the weapon of the Rational Man Project to break the natural language of the child – emotion, spontaneity, joy, creativity and sexuality. I call it a ‘War against the Indigenous’. It happens on the inside of westernized men and and women and on the outside on the indigenous populations of the world. It began 200 years ago and it is still going on. The anti-immigrant fervor is just another of its pernicious chapters.

In the past, boarding schools were used to break the cultural solidarity of Native American children in the Mid-West and Canada. Today they may be only an affluent East-Coast phenomenon. More important in the Sates are the military academies where children are sent at 12 or 13. One of these was the Donald.

Trump was sent to the New York Military Academy when he was 13. I am not sure this explains the phenomenon he is but the experience would have deeply formed him, nonetheless. In 2015, when challenged that he had been a bully at NYMA, Trump boasted his education had given him “more training militarily than a lot of the guys that go into the military”.

But in Britain boarding schools remain seamless part of the education system – the first choice of both established and aspirant classes, if they can afford it. Only the Anglosphere – a word invented by Noam Chomsky, referring to the universal objectification of native people and shunning of intermarriage in our former colonies – really goes in for boarding. Our now despised European neighbors think it a remnant of imperial nostalgia, how we bred our gentlemen and  Empire’s administrators “with well-developed bodies, fairly developed minds, and underdeveloped hearts,” as E.M. Forster so rightly commented.

Not one theory of child development supports educating young children in residential institutions. But so hidden by habit and privilege is this problem that its obvious defects are dangerously overlooked. Can we turn this around one day?