Same old, same old … how to understand the Rees-Mogg problem.

Do you sometimes wonder, if, when you have fallen asleep after watching the UK news, that you may have woken up in 1898 instead of 2018?

Why is British politics and many of its chief actors so weird?

The answer lies in how we educate our elite – not much differently to how we did it in 1898. 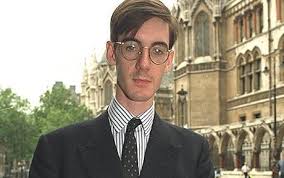 In the mid 19th century, the British industrialised boarding schools for the mass production of officers and administrators for their growing Empire by engineering ‘privileged abandonment’ and ‘normalised neglect’ – a context in which abuse readily flourishes.

The resulting Entitlement Illusion attitude still operates today and can be seen in our Brexit stuckness and is currently figure headed by Jacob Rees-Mogg and Boris Johnson.

Psychologically it is a compensation for terrible, unrecoverable loss that is rarely examined and has been taken for granted in the UK, rather like gun use is in the US.

As a psychotherapist, psychohistorian and author, I will speak about my 30 year research into this problem and what I call The Rational Man Project at a free event on Saturday 17th March in North London. Entitled ‘Wounded Leaders: Why British politics is so flawed’ the talk is for the wonderfully named NEWS FROM NOWHERE CLUB, venue: the Epicentre, West Street E11 4LJ. The talk starts at 8.00pm but there is a buffet veggie supper at 7.30 – please bring something to share if you can. All welcome, no need to book – just turn up.

Later in the spring, you can find out more about cutting edge Menswork, when Darrel and I will be running a poster stand that’s open for all the breaks and one session when everyone goes round at the Male Psychology Network’s Male Psychology Conference on 22nd and 23rd June at UCL in Bloomsbury, central London.
The two days will focus on how boys can go off the rails, and what can be done to recover them, even as adults in prison, as well as exploring some positive aspects of men and masculinity, and positive developments for men in therapy and suicide prevention.

Come and join us at both events if you can!